The National Insurance Crime Bureau (NICB) has found that the Chevrolet full-size pickup truck – that is to say, the Silverado 1500, 2500, etc. – was the most stolen vehicle in America in 2021.

The bureau found 48,206 reports of the truck being stolen last year, with the 2004 model year being the most commonly targeted by thieves. And it was in good company at the top of the list, joined by its biggest competitor, the Ford full-size pickup, of which 47,999 were stolen in 2021.

Although there were more theft reports relating to both trucks in 2021 than there were in 2020 (more on that farther down), thefts of the Chevy really picked up this year, helping it dethrone the Ford, which was the most stolen vehicle in America in both 2020 and 2019. 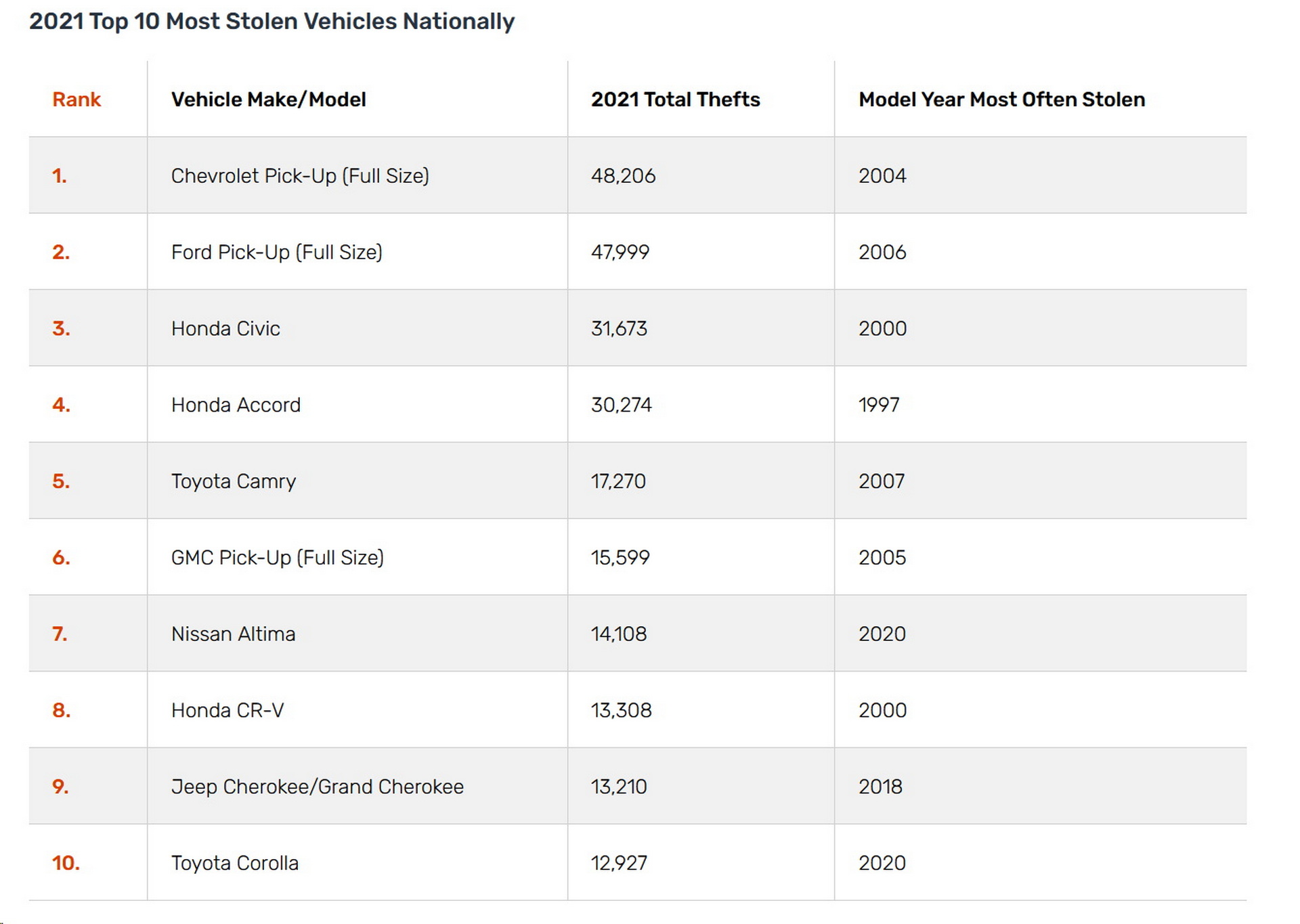 Both vehicles were purloined significantly more than other vehicles on the list, and pickups in general were big business for thieves. Chevrolet, Ford and GMC pickups accounted 14 percent of all vehicles stolen in America in 2021.

Criminals still targeted sedans, though, and the Honda Civic came in third on this list in 2021, followed by its bigger sibling, the Honda Accord, of which 31,673 and 30,274 were stolen, respectively.

Joining the pickups and sedans on the list is the Jeep Cherokee/Grand Cherokee. Making its first appearance in the NICB’s top 10 list, there were 12,210 reports of thefts last year. Unlike the majority of the other models on the list, though, the most popular model year among thieves was 2018.

Like the Cherokee, recent models were preferred by thieves who stole the Nissan Altima and the Toyota Corolla, but none of the other cars on the list’s most frequently stolen models left the factory in the last decade. The NICB attributes this preference for older models to their relative lack of security measures.

2021 was a big year for thefts regardless of other factors, though. The bureau reports that nearly a million vehicles were stolen in American last year, up eight percent over 2020 due to wider economic conditions.

“Used car values are at historical highs,” said David Glawe, President and CEO of NICB. “We have seen a nearly 35% increase in used car values over the last two years due to supply chain issues and inflation. Stolen cars can be shipped overseas and resold or broken down for valuable used car parts here in the U.S.”

The NICB recommends taking some steps to protect yourself from theft. Always rolling up windows, never leaving a running car unattended, and removing valuables from view can all help. It also says that when a vehicle is reported stolen within the first 24 hours, there is a 34 percent recovery rate. 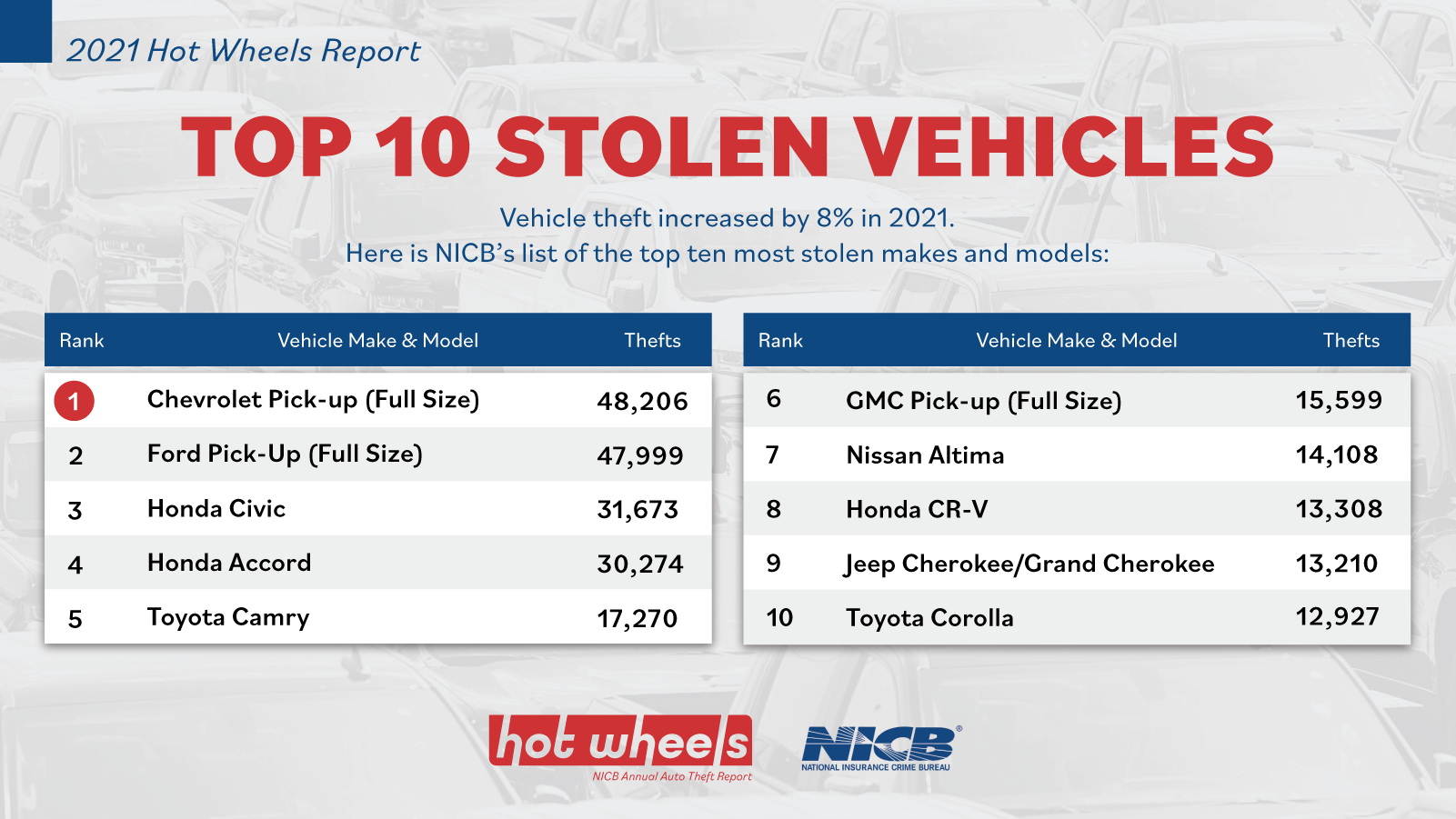